Below are few of the cameras that are best suited for beginner’s. 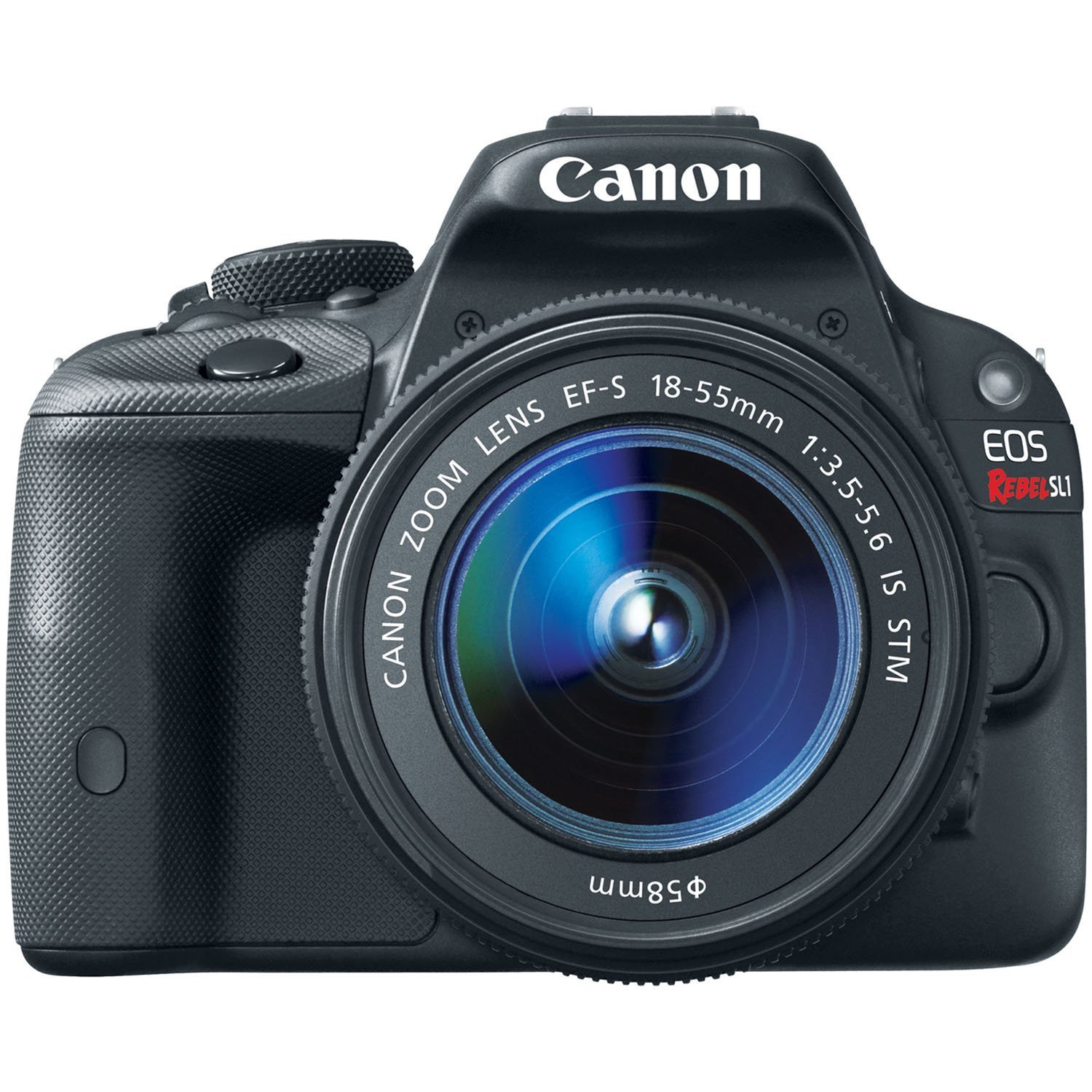 A small and responsive DSLR to take everywhere. The 18-megapixel EOS 100D delivers superb photos and video and features an optical viewfinder and intuitive touch-screen controls.

Canon EOS 100D features high-quality low-noise photography with a highly compact, take-everywhere DSLR.
The camera is quick to use, with an optical viewfinder and responsive controls, easy to use and has a large touch screen.

Canon EOS 100D can record videos at 1080 Full HD Resolution and you can take control of exposure, focusing, sound and more, or use the Video Snapshot mode to capture edited movie sequences in-camera. 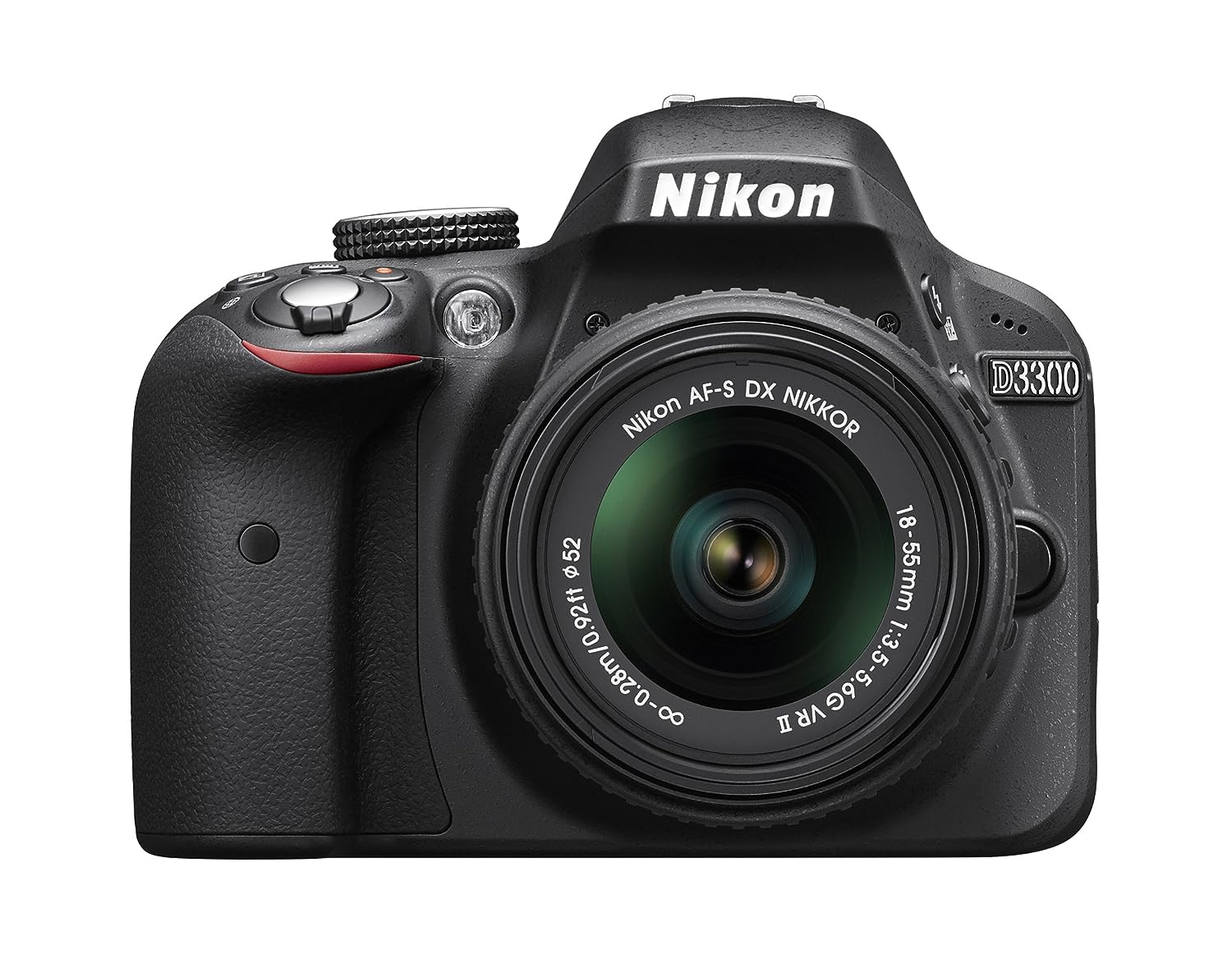 Featuring the latest EXPEED 4 image-processing engine, 24.2 effective megapixels, Picture Control and 13 special effects modes in a lightweight, compact body that goes everywhere you do – the Nikon D3300 gives you the freedom to explore like never before.

If you are new to photography Nikon D330 features a Guide Mode that helps you get great shots in a variety of scenarios, without having to change numerous camera settings.

Nikon D3300 too has a full 1080 HD video Recording.
The above is just a snippet of features that it has read more at Nikon. 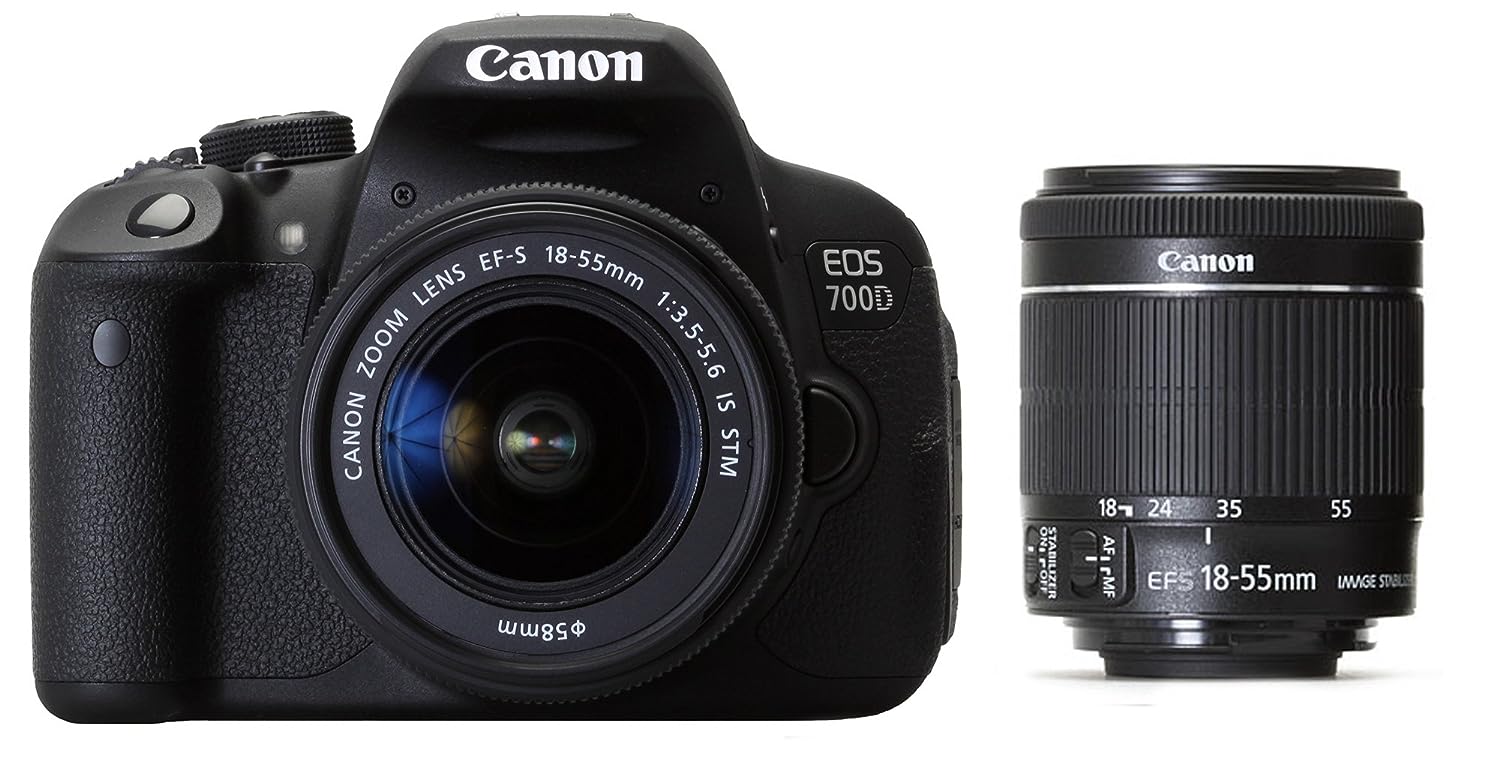 The EOS 700D offers a full and solid basic performance that is clearly one of the best in any entry level DSLR with its high image quality, various functions of Live View AF and movie shooting.

The EOS 700D is equipped with AF features that ensure speedy, accurate and continuous AF every time.Thanks to its DIGIC 5 Image Processor, the EOS 700D features an expanded ISO range of ISO 100–12800 (expandable to 25600 in H mode) that makes shooting possible in low light situations without flash. 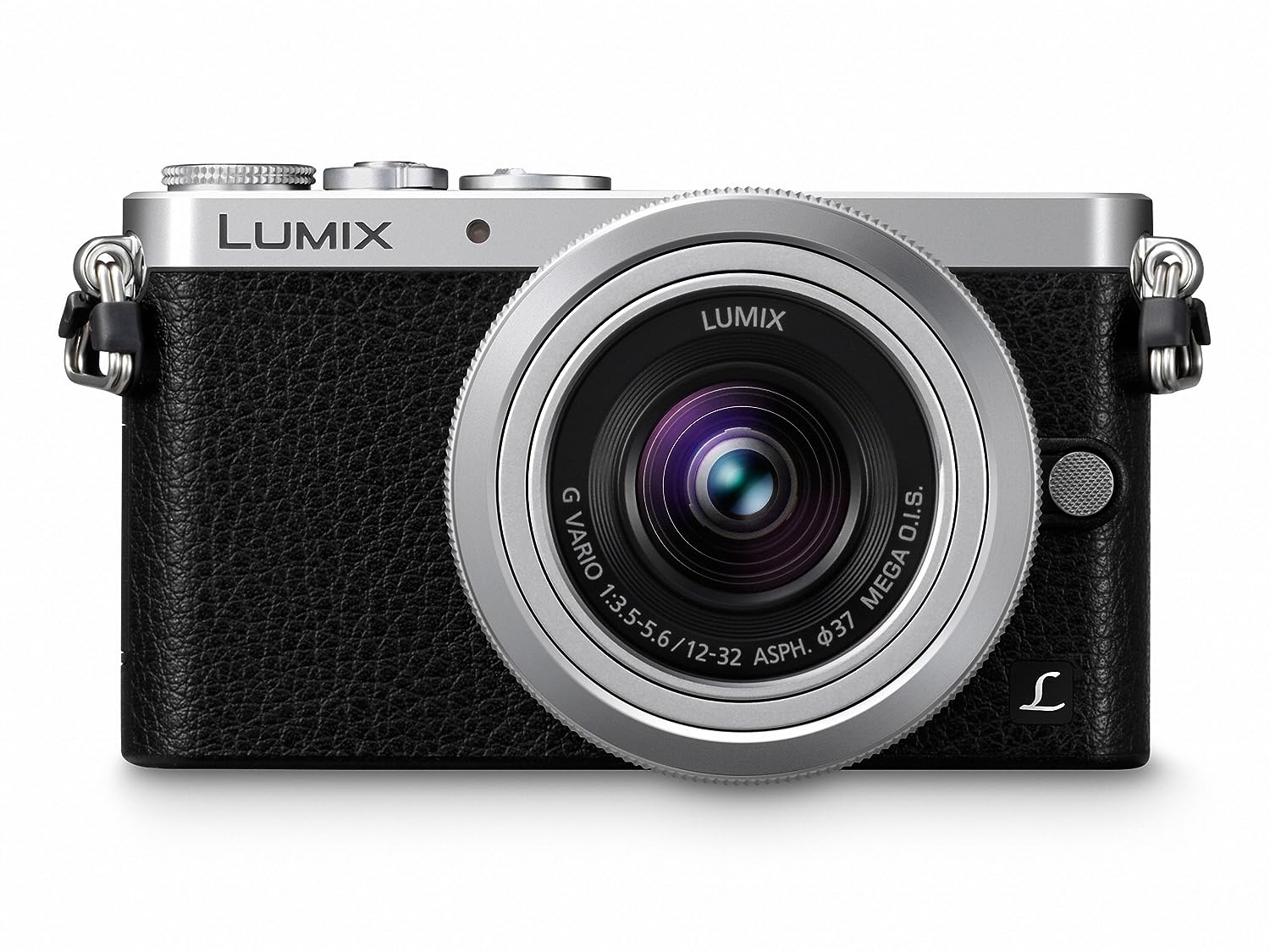 The camera is of a very different shape. Panasonic DMC-GM1  is a pocket size camera with a 16 megapixel Four Thirds sensor.

If you’re a photographer who wants a camera that’s the size of a point-and-shoot, but with the flexibility and larger sensor of an interchangeable lens camera, then the Panasonic GM1 might just be the camera for you.
The Panasonic GM1 shares the stage with its bigger brother, the GX7, featuring many of the same specs and performance capabilities. It shares the same sensor (minus sensor-shift IS), image processor and AF capabilities as the GX7, and Panasonic says the GM1 therefore has the same still image and video quality as the GX7.

The GX7 uses a 2-curtain mechanical shutter, but in the GM1, the newly designed shutter is 80% smaller and is a hybrid mechanical and electronic shutter with the first curtain being electronic only, followed by a mechanical second curtain. 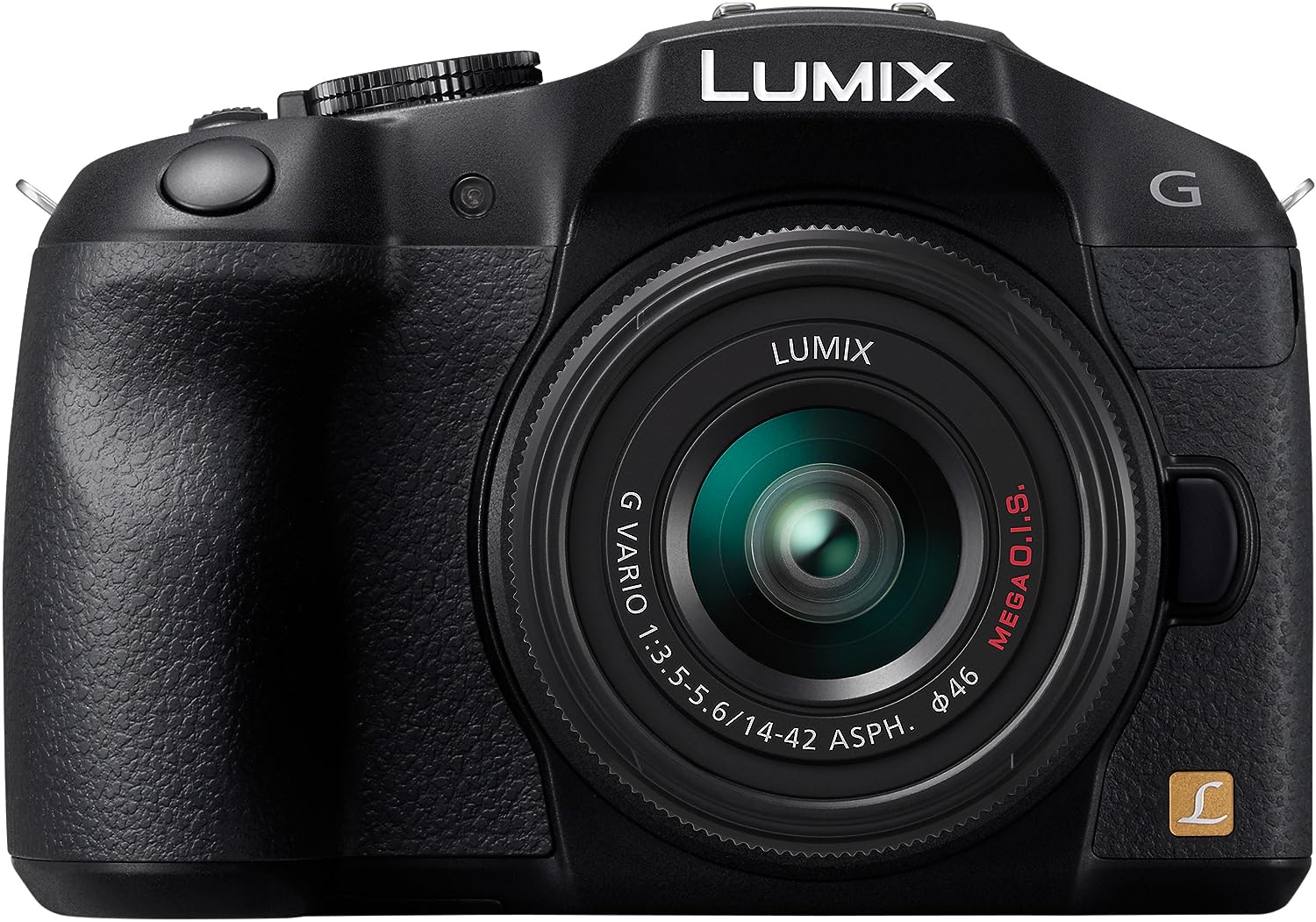 This is the mid range G-series Micro Four Thirds interchangeable lens camera.
The G6 sits above the GF6 and below the GH3 in Panasonic’s lineup and, although most of its key specifications are fairly familiar to anyone that’s been watching the G-series for a while, the G6 does bring a couple of interesting new features, as well as some solid specification upgrades.

In terms of core photographic features, the G6 offers a solid set of specifications, including the same sensor as the once range-topping GH2, albeit without that model’s multi-aspect feature. Maximum effective resolution is 16MP effective, from 18MP (total pixels). Panasonic claims that the G6 offers superior image processing though, including improved noise reduction enabling it to achieve a maximum native ISO sensitivity of 12,800, extendable up to ISO 25,600. 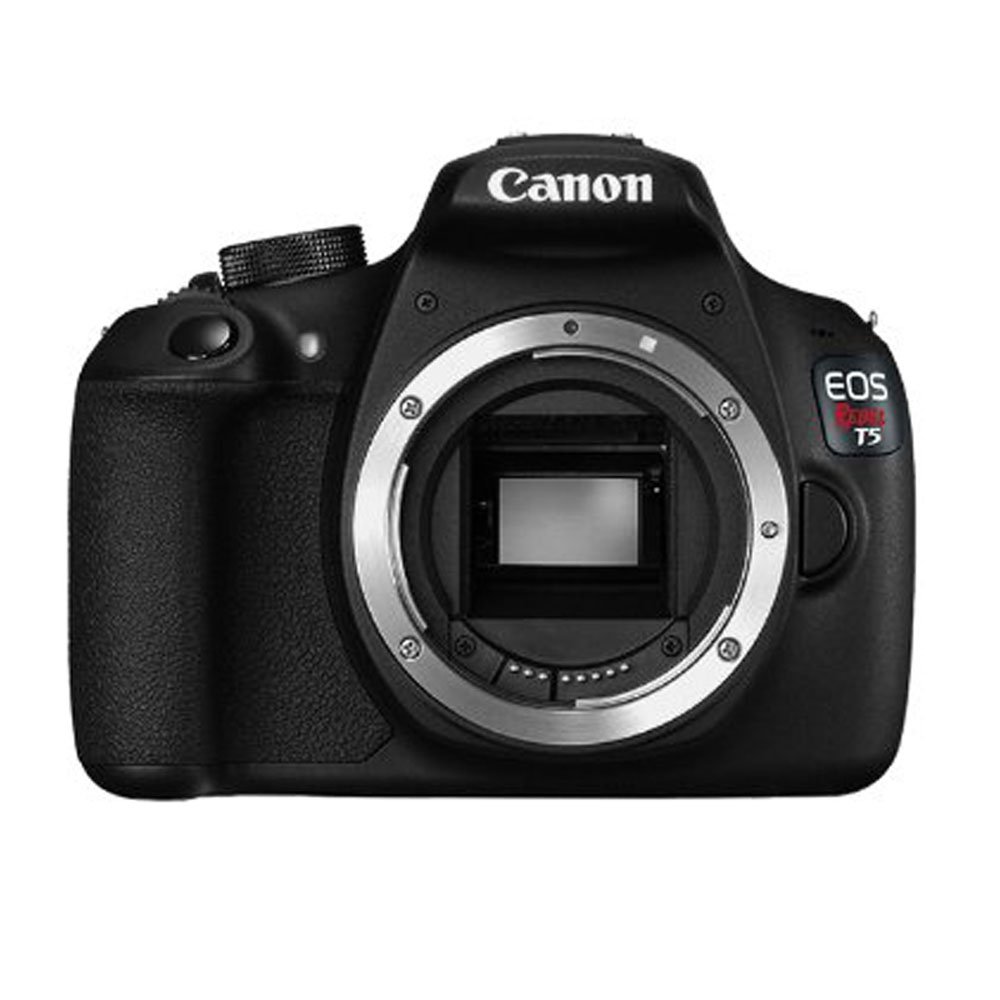 Canon EOS 1200D is definitely a lucrative prospect for novice photographers and what makes it more attractive is the follow-up launch of the user-friendly EOS Companion app, which is meant for helping the 1200D users. When compared to Canon 1100D, this 1200D takes away all the points with its 18MP sensor that gives a remarkable resolution jump from that 12.2MP of Canon 1100D. Other than this, the DSLR comes loaded with smart features such as, Improved ISO Range , Scene Intelligent Auto Mode and many more.

Canon EOS 1200D is provided with a single-lens reflex, digital, AF/AE camera along with built-in flash. Its CMOS image sensor is around 22.3×14.9 mm and it can capture images up to 18MP along with an aspect ratio of 3:2. Also, thanks to its dust delete feature that provides clear and dust-free photographs. 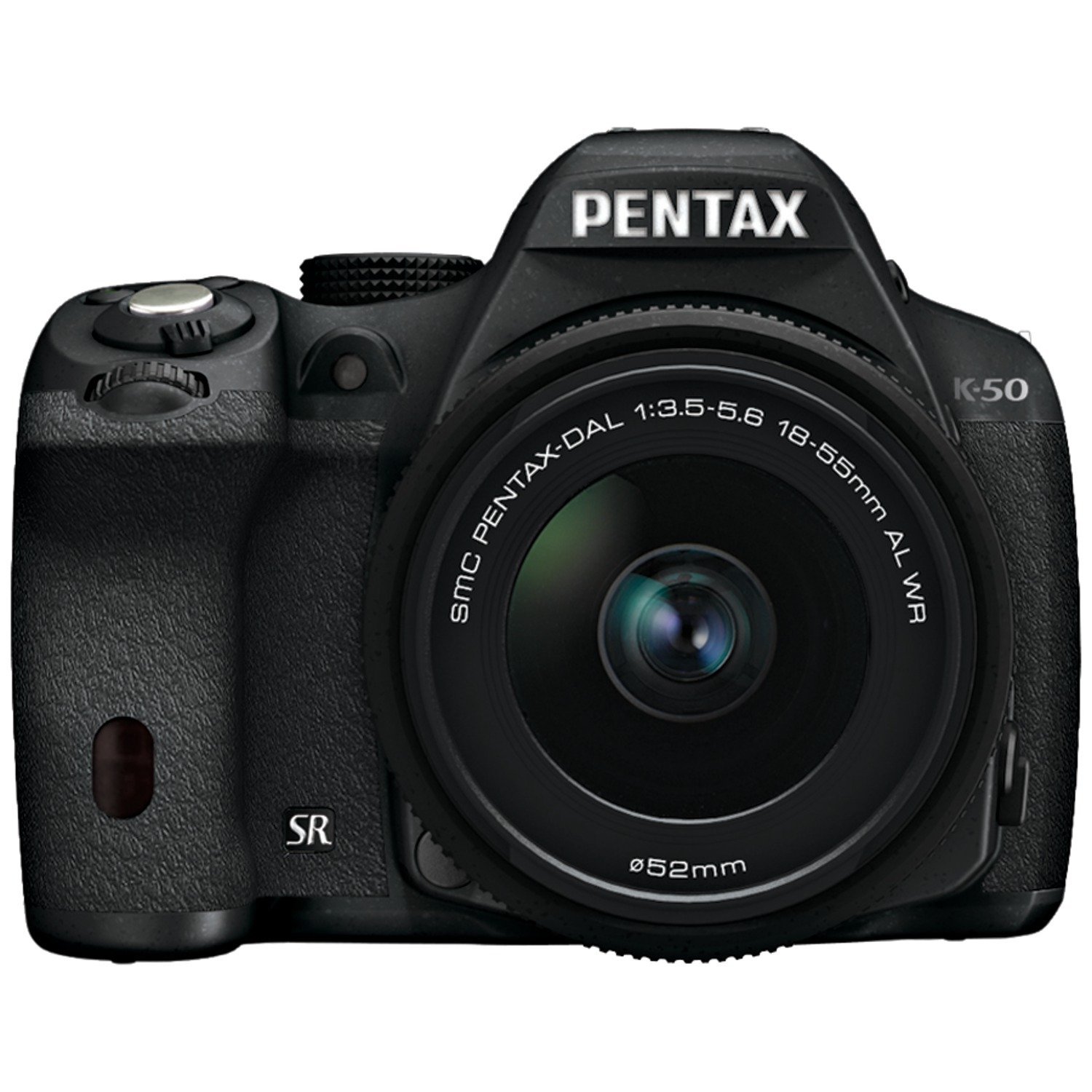 The K-50 was announced in June 2013, at the same time as the K-500. It shares many of the features as the K-30, including the same 16-million pixel APS-C size sensor. Despite the similarities between these two cameras, Pentax says that the two cameras will both continue in the line-up.

The sensor is pretty special, as it features Pentax’s Shake Reduction system, which works with pretty much all Pentax lenses. When the system is activated, the sensor can automatically rotate by up to one degree to correct problems with sloping horizons in compositions. To help further with that there’s also a digital level display option for both the viewfinder and the LCD screen. 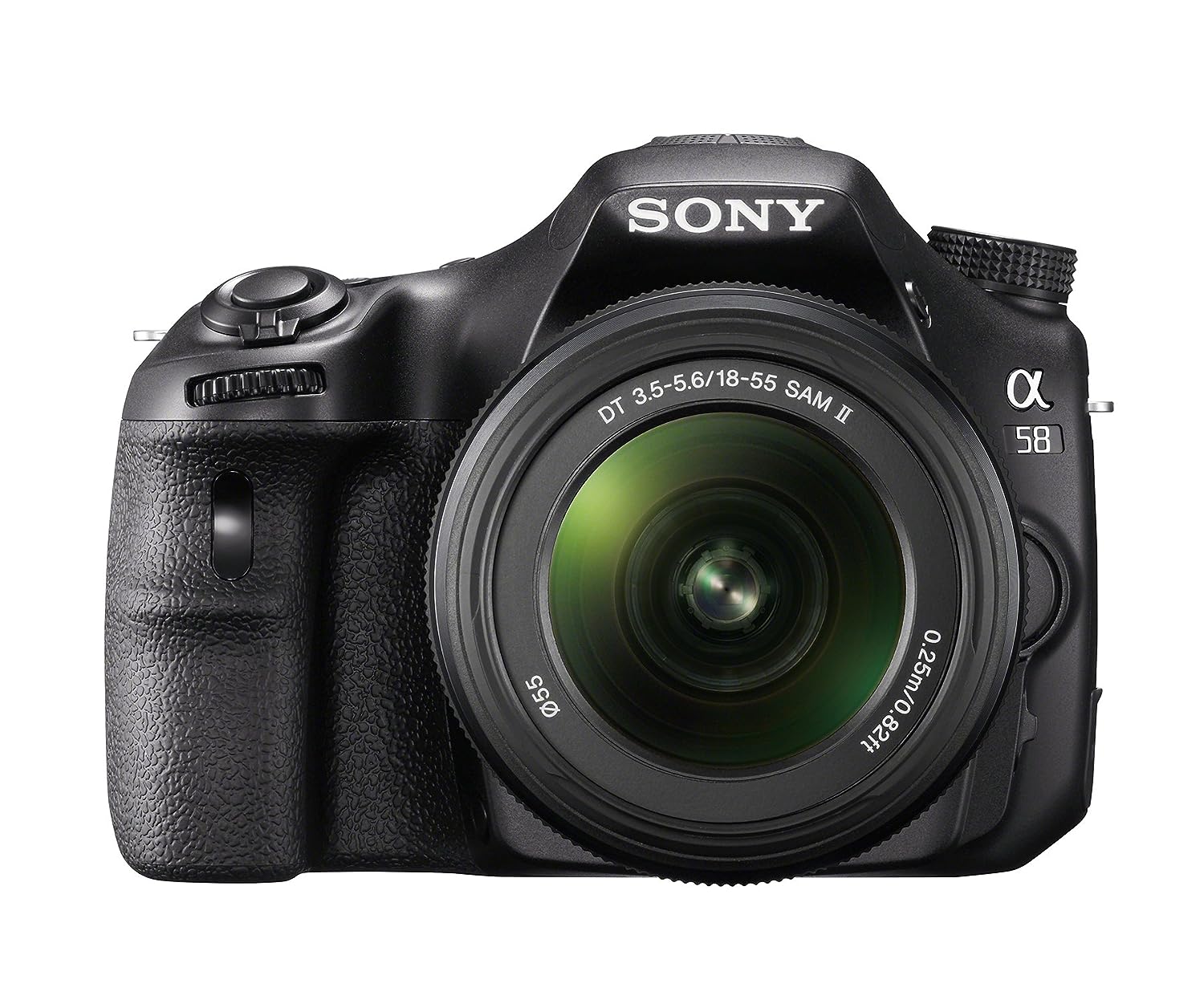 The Sony A58 is a new interchangeable lens camera that uses Sony’s unique Translucent Mirror Technology to offer high-speed shooting and a smaller body size.

The Sony SLT-A58 is almost identical to the previous A57 model that it replaces. Measuring 128.6 x 95.5 x 77.7mm and weighing 492grams, the Sony A58 is the marginally smaller and lighter than the A57. Although it feels a little plasticky in-hand, the A58 is still a solid bit of kit with build quality that’s on a par with rival DSLR cameras in the same price range, although we’re disappointed to find that the A57’s metal lens mount has been replaced with a less durable plastic version. 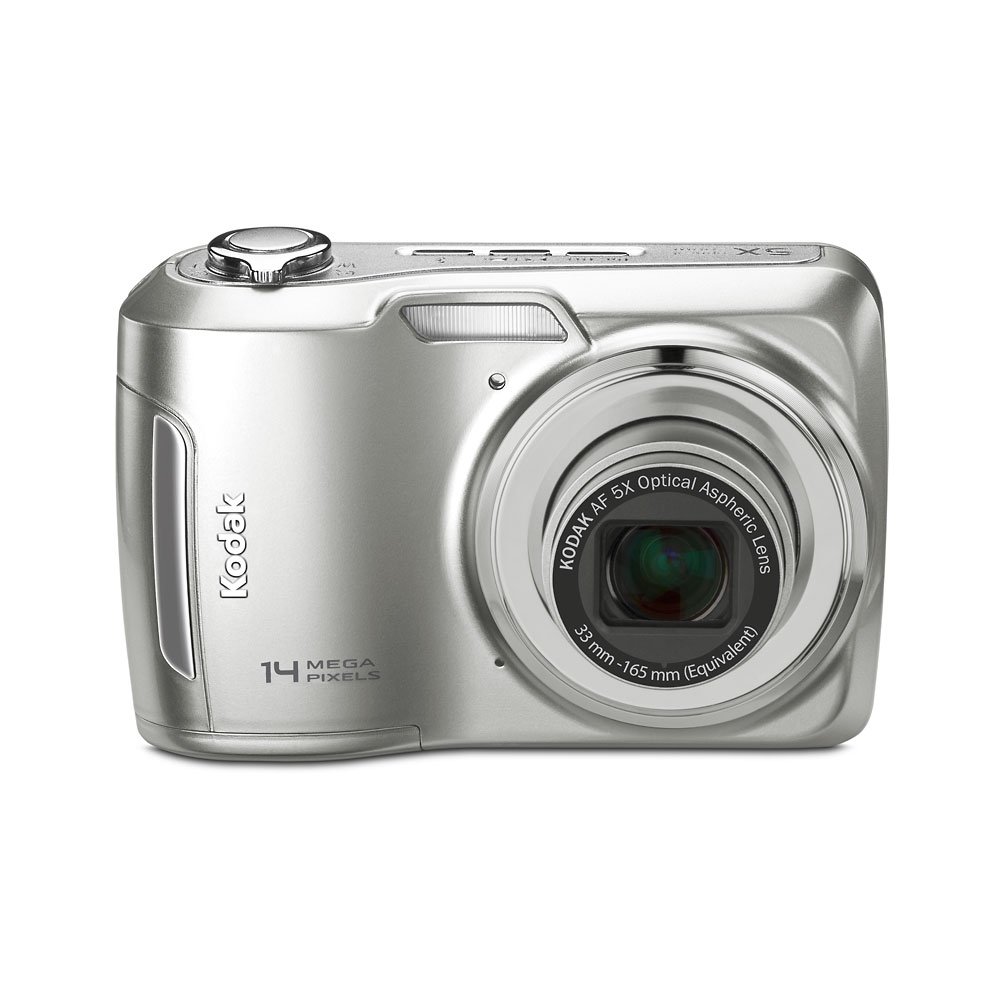 The Kodak Easyshare C195 is a simple, point and shoot digital camera. It offers plenty of megapixels with Kodak packing 14 onto the sensor. For a camera in this price bracket the 5x zoom lens and the 3 inch LCD screen are good value too. Larger LCD screens help to make it easier for you to compose your photos.

If you place the Easyshare C195 in macro mode it is able to focus from 10cm away from the subject. Standard definition movies can be recorded. Sound can be captured to accompany the movie footage. The quality of the movies should be good enough for playback on a television. – See more at: http://www.cameras.co.uk/specs/kodak-easyshare-c195.cfm#sthash.KoLGDB1R.dpuf 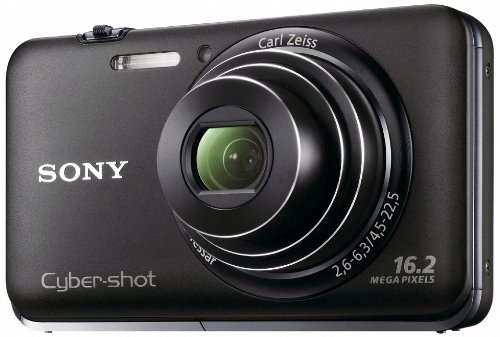 Available in smart-looking brushed silver or sophisticated Matt black incarnations, the pocket-sized 12.2-effective megapixel Cyber-shot DSC-WX5 was much trumpeted on its release in late 2010 for being one of only two Cyber-shots to feature Sony’s attention-grabbing 3D Sweep Panorama mode. 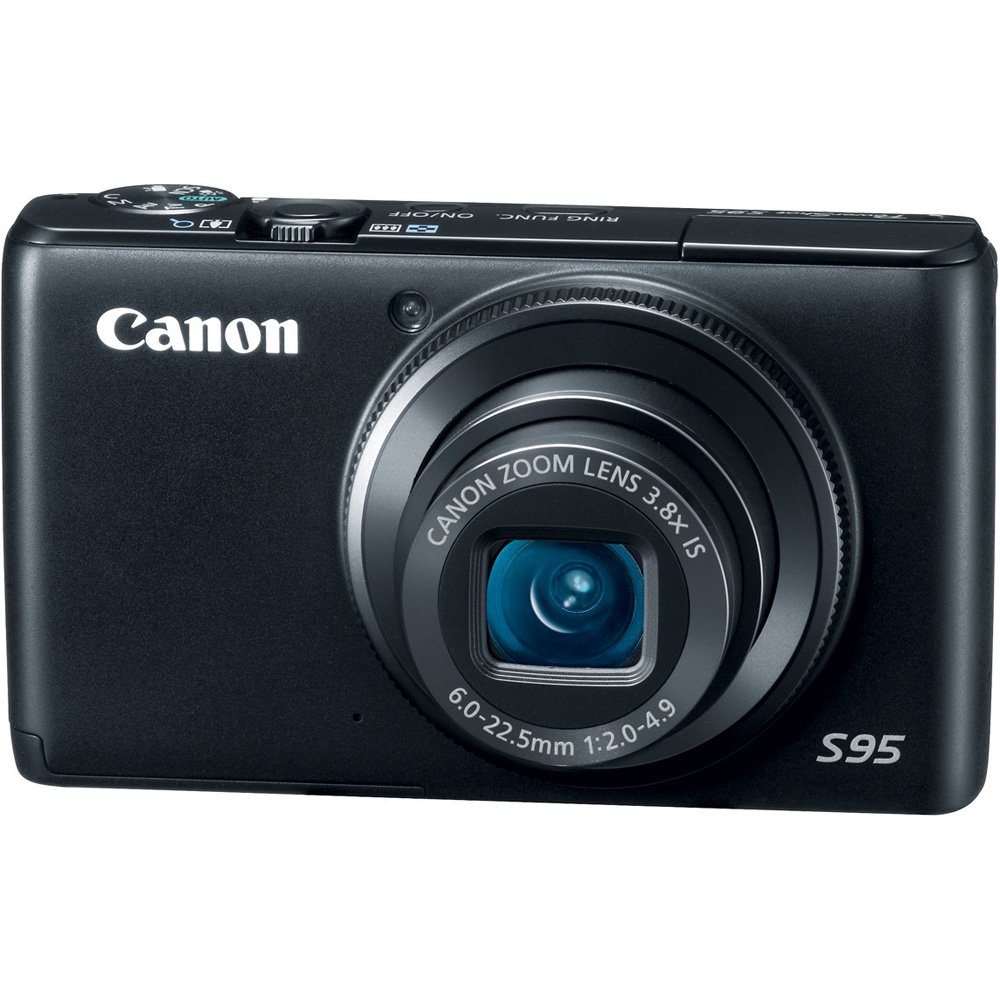